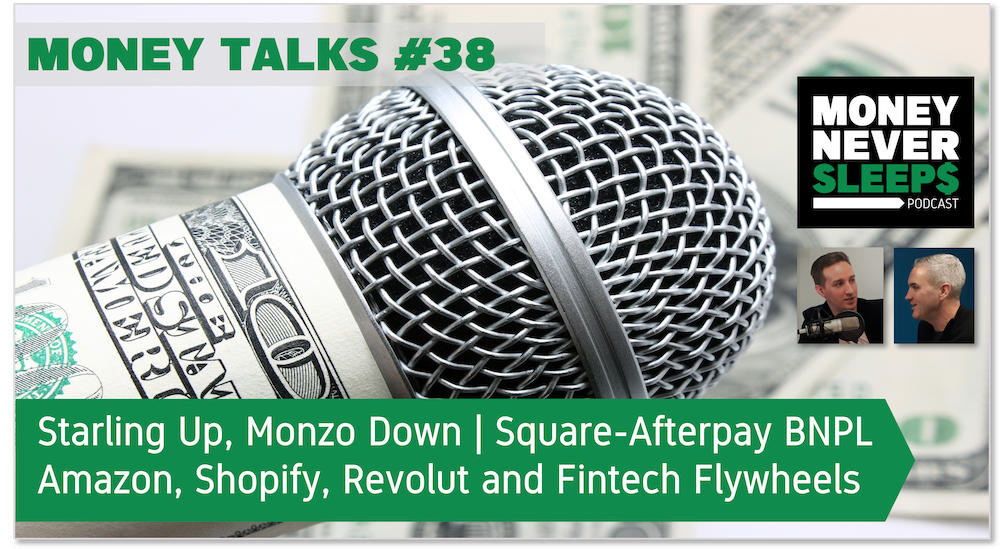 Eoin Fitzgerald and Pete Townsend dive deep into the annual results from UK neobanks Starling and Monzo and what’s next for both, before getting into Square’s deal for BNPL (buy now, pay later) player Afterpay and how the integration will lead to a ‘fintech flywheel’. They then dive even deeper into their developing fintech flywheel thesis with a look into how Amazon and Shopify built their flywheels around a B2C to B2B bridge and ‘doing one thing well’, before tying it all back together with a look at Revolut’s travel plans.

Eoin on the impact of the pandemic-triggered UK government loan program: “Starling have obviously benefited from the SME loan program as their loan book is now at £2.2bn, but these SMEs are now sticky customers, because they’re on the book. The more products you can roll out to them, the better, and you won’t likely lose them.”

“Even better, they’re guaranteed loans, so they’re low risk – you’ve got the customers, and now it’s all about upselling, and that SME base will be the core revenue generator for them.”

Pete brings the flywheel effect into the Starling scenario: “Any flywheel is based on knowing the one thing you do really well.  In Starling's case, they’re a great business, but I don't know what that one thing is yet. Is it being really good at SME banking? That’s not the only thing they’re good at. If you read Anne Bowden's book, Starling didn't start out that way, it was just ‘let's build a better bank’. That's something to dig into.”

Eoin proposing the B2C to B2B bridge for Starling: “If I buy a cup of coffee in a shop that banks with Starling, and I’ve got a Starling account, maybe they don't need a payment terminal. I can pay with my Starling account to their Starling account within the app. That's just easier for everyone.”

“All of it flows through Starling, which then allows for further personalization for the retail customer and  more valuable data and a more valuable relationship for the SME.

Pete’s response: “Then you add in the loyalty programs and a stickier relationship between Starling and the SME. I think there is something here which is this B2C to B2B crossover point that gets the momentum going on Starling’s flywheel .”

Pete’s summary view on where Monzo is headed after unpacking their 2020 results: “I'm not seeing it. I'm not seeing Monzo as more than a charity for UK consumers.”

Eoin’s thoughts after thinking deeper: “I wrote down the word ‘fanatics’ as you talked through that.  We talked about this with Square, in that Monzo customers really like being Monzo customers, way more than people like being Revolut customers.  Being a Monzo customer is very much a thing, and people get a lot of value out of it.”

“This is the second year of the ‘going concern’ caution on their audit, losses have doubled, they’re not going in the right direction.  Revolut is raising tons of money and will continue to fund their losses. Starling is profitable now and looks like it will continue to be. Monzo is neither of those. So, it's more than likely going to end up needing to be acquired.”

Pete’s thoughts on a potential acquirer: “Perhaps a private equity funded merger with someone like Oak North who are big on the SME side?  You head it here first.”

Why Square is shelling out $29B to snag BNPL player Afterpay (TechCrunch, 2-Aug-21)

Pete’s initial thoughts on the Square-Afterpay deal: “In the a16z fintech newsletter, Angela Strange was writing about how fintech players take advantage of micro-moments in people’s lives to bring on board new customers at a lower cost of acquisition, i.e., buy a new TV with Afterpay and open a Cash App account. This I think is just one of the first plain-as-day observations out of the deal with that nice little symmetry between Afterpay and Cash App.”

Pete’s breakdown of what drives a flywheel: “First, you need to identify what is that one thing you do well. Then, with that next part of the flywheel, does it increase your TAM (Total Addressable Market)? Is it logical that the market will keep moving with you no matter what part of the flywheel they get on?”

“And like Amazon and Shopify, is there a B2C to B2B crossover point that means you’re bringing consumers to businesses and businesses to consumers?”

Eoin’s response: “There’s also that point about any acquisition you make should reinforce your flywheel.  It’s going to be really interesting to see what acquisitions that Shopify or even Stripe make in the future in terms of accelerating that spin for Shopify and closing that loop for Stripe.”

Pete’s view on the B2C to B2B bridge: “How do we get to this self-reinforcing momentum with a business? When I looked at Amazon and Shopify and I saw clearly that B2C to B2B bridge standing out in both of their flywheels, which have been incredibly successful, I then saw where it fit into Square. If you plot any of these players intelligently and think about what could be their B2C to B2B crossover point, that’s how you start to see a self-sustaining spin of a flywheel and project where the acquisitions are going to be.” 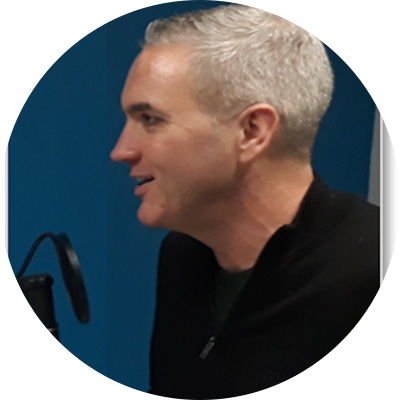 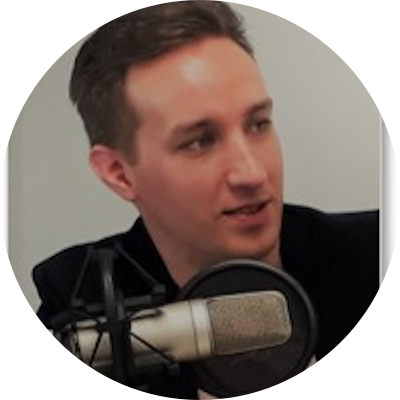