Matthew Graham is the CEO of Sino Global Capital, who are providing strategic investment to best-in-class companies that are moving the blockchain and digital assets ecosystems forward, and then help them to thrive in the Asia market. Matthew joins Pete Townsend on this episode originally recorded as part of the Techstars Web3 Convo Series of fireside chats powered by the Launchpool Web3 Techstars Accelerator program in Ireland.

In this episode, Matthew shares insights on his first priority to help companies *before* investing in high conviction / high-quality projects, guiding founders into the unique yet massive markets of China and India, making his hobby his job, and what makes a great Web3 project.

This episode of MoneyNeverSleeps is sponsored by Philip Lee, one of Ireland’s fastest-growing corporate law firms and expert advisors at the heart of the Dublin and London start-up, fintech and crypto communities.

Matthew Graham on his entry point into crypto:

“I had been involved in crypto as a hobbyist pretty early and had first tried to integrate it into my professional life as early as 2013.  But it was really that Ethereum ‘aha’ moment when I realized that this is now something so much bigger than just some cool technology with some dope people.

“Now this is actually a thousand or even 10,000 times bigger.  The opportunity is something that could rival even what I had been a little too young to participate in with the 1990s in the United States when the internet revolution basically went ‘hockey stick’.

“So that was the ‘aha’ moment for me when I realized that I needed to drop everything and focus Sino on crypto, which we immediately did.”

“2018 was amazing, but I hated 2017, it was my least favorite year because it was all kinds of bullshit and LARPers and projects that didn't make sense.

“Everybody was way too excited and there was a lot of crap. I hated 2017, but 2018-2019 was amazing because it was serious people focusing on serious things who weren't looking at the price every two seconds.

“That was an extraordinarily important and a very pivotal time because that was when we went from a few people here and there to a very serious entry of world-class people into the space, whether you’re the genius developer or coming from the institutional side.

“It's extremely important to not say this in a way that can be misconstrued because the revolutionaries are actually the most important. The people that were early in the space, we owe a tremendous debt to them because *they* did this, not people that came later. It went from revolutionaries to cowboys and speculators [in 2017].

“But 2018 and 2019 were a special time because a different type of person started entering the space that was a little more institutional and a little more buttoned-down. I think this is quite healthy and it's a necessary stage for crypto becoming the most significant technological wave of change since the internet.”

Matthew Graham on the value proposition of Sino Global Capital:

“What’s important to me as I build Sino: Number one, we need to have a unique value proposition, which I think we definitely have. When Sino is on the cap table, we have dedicated teams to service portfolio companies in both greater China and India.

“Number two, increasingly there's a signaling effect with having Sino on the cap table, which I think will continue to deepen over time where people know that we only invest in stuff that we love. If I feel lukewarm, we just don’t do it. I don’t even care if it will make money, we’re not going to do it.  We only do things we love, and we do it in a very long-term and deep way.”

Matthew Graham on what he looks for in Web3 projects:

“It all starts with definitions and there are a lot of different definitions for Web3 that are floating around, but I have a very specific way that I like to think about it.  I felt very viscerally as a young man how promising the internet was, and I had a very hopeful feeling that it could be a profound, positive force for change. I saw that [ethos] very vividly, step-by-step, basically betrayed and we ended up where we are today with Facebook and all this crap.

“So, to me, Web3 is a very profound opportunity to right those mistakes and return to what we were trying to do with the internet and what we all believed it. Yes, there’s decentralization and a few different ways to think about Web3, but to me, it’s the ethos.

“At our core, we’re bottom-up investors, so we do spend a lot of time really getting to know founders in a very deep way. The conversations naturally happen about what people think is important.  When they’re talking about their vision, it's like they're talking about the kid that they want to have, or just had and want to raise.

“These conversations very naturally tend to flow in that direction, and I pay enormously close attention to these conversations.  I think ultimately, it's a feel, it's an art with pattern matching, but yeah, it comes back to people who are doing things for the right reasons.”

Matthew Graham on the Sino approach to due diligence:

“We do a hell of a lot of due diligence. People know that if we're going to invest in them, I'm definitely going to be asking around about them. We’ll ask people they used to work with what it’s like being on the same team with them - will they grind, or will they quit after six months?”

“It’s not like we’re doing something together for three months, the base case is that we’re on the cap table and we’re going to be hanging out for years and I’ve got to get to know you.  It’s like we’re buying a vacation house together, we’re not just going for a quick dinner.  We’re on the mortgage together and this is going to be a long-term thing, so we’ve got to get to know each other.”

Matthew Graham on how he thinks about the *next big thing*:

“I think the way to win that game is not to play, frankly - there are like five people in the world who are actual visionaries.  Maybe Balaji [Srinivasan] is one of them, but I don’t view myself as one of them. I think it's a very, very difficult game to play much less win. So that's one of the reasons we're bottom-up investors rather than top-down based.

“The change in the world has never been greater than it is today, and there's nowhere where the pace of change is greater than in crypto. So, I think there's a very real danger of trying to play visionary and fool yourself into thinking that you can do it, and you definitely can't unless you’re Balaji maybe.

“When you start to head down that path, you start to get trapped in your own narratives and rigid ways of thinking, and there's a danger that you could miss the new and best opportunities that are right in front of you. I think of [visionary thinking] almost like a psychological trap, and so I choose not to play the game.”

Matthew Graham on building your community in Web3:

“We refer to them as super fans – most projects never get even one or two super fans.  They get some users, but they never get people that are like, ‘Holy sh*t, I f*cking love this. I need it, and I want to tell people about it.’

“When you start, don't think about how to get a million super fans, think about how to get one or two. If you get one or two, I really believe you're going to get dozens, and then you're going to be on your way. Most people never get that far, but it starts by just thinking, how am I going to get a couple of people that just love my product and want to tell everyone about it?”

Apply for the Launchpool Web3 Techstars Accelerator on F6S 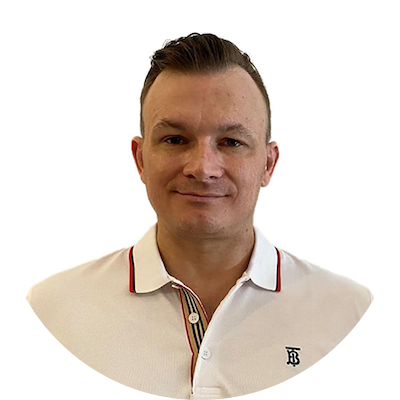