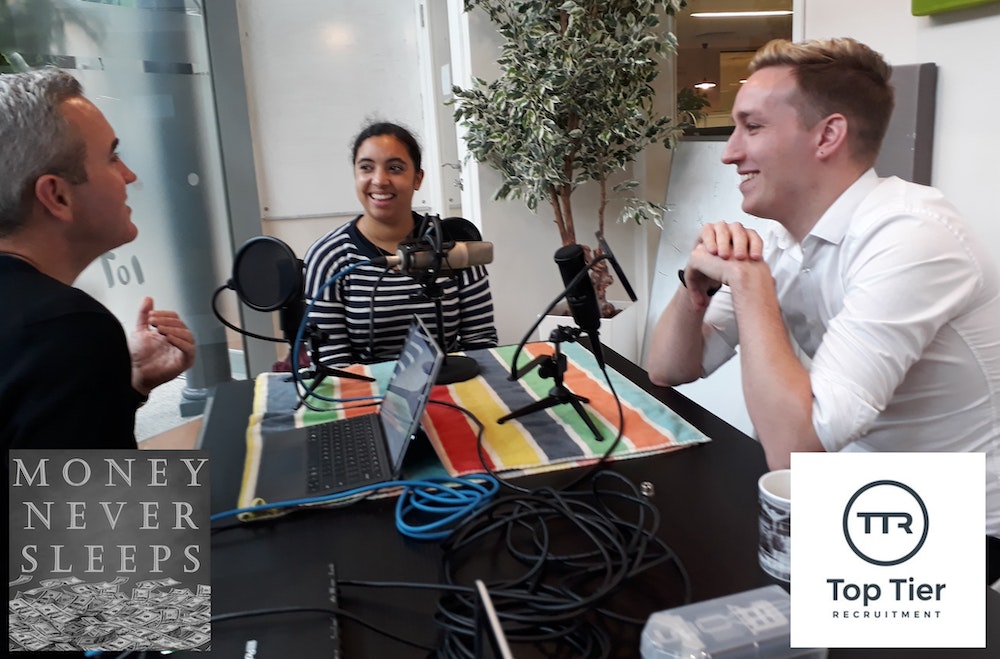 Aine Mulloy from GirlCrew joins us this week to talk about empowering women, building communities, her journey as a co-founder...and unfortunate injuries!

GirlCrew is a platform for women to make new friends. Not keen on going to a concert solo?

Find a crew with us. Want to book a vacation but your friends are all coupled up? Find a group of girls to travel with. Whatever you can dream up, you can do with the crew. Members can participate in online group chat and offline events, and many friendships have formed.

How did GirlCrew start?

GirlCrew began one Friday night, when Elva Carri really wanted to go out dancing, but had no one to go with. All her friends were either busy or tired. Believing there had to be other women in the same position, she put a call out for some platonic dancing buddies on Tinder. She had no idea she would quickly garner more than 100 enthusiastic matches. She added everyone to a secret Facebook group in Dublin, where she was based, and GirlCrew was born. Having gained lots of new friends, and a jam-packed social calendar, Elva was going to need help. She teamed up with Aine Mulloy and Pamela Newenham, and the three co-founders began growing

GirlCrew groups in cities all over the world, launching an app in the summer of 2017.

How does GirlCrew work?

GirlCrew operates through an app available on iOS and Android, and on desktop. Women simply join the group for their area such as Dublin, Melbourne, Austin or London, and there they can see what events are happening, read posts and comments from other members, write posts themselves and create events. They can also join international GirlCrew groups such as Trips & Travel, Careers, Entrepreneurs, Fashion & Beauty, Fitness & Wellness, Bloggers, Dating Advice
and Staying In. In the groups, members share tips, advice and knowledge on everything from getting a new job to finding a good restaurant for a first date.

How big is GirlCrew and whats next?

GirlCrew has more than 100,000 members in over 50 cities worldwide, including Dublin, London, New York, Los Angeles, Toronto, Edinburgh and Melbourne. In the summer of 2017, the company launched an app. The app is
available on iOS and Android, and will be rolled out worldwide on a city by city basis
The summer of 2018 will see the app expand across 14 cities in the US including San Francisco, Portland, Seattle, Philadelphia, San Antonio and Oklahoma.

In 2016, Facebook flew a film crew to Dublin to document GirlCrew’s successes and featured the video on Facebook Stories for their 12th anniversary. They also flew Elva Carri, Pamela Newenham and Áine Mulloy out to California to meet Mark Zuckerberg and Sheryl Sandberg and celebrate their company’s birthday with a small group of select Facebook users from around the globe.

In 2017, GirlCrew was selected to represent the European Union at SXSW Interactive in Austin, Texas. The social network was one of more than 220 companies that entered the competition organised by Startup Europe. Only 10 were chosen to join the EU delegation.

From Waterford originally and now living in Dublin, Elva studied fine art in Limerick School of Art & Design. She went on to carry out further studies in graphic design and worked in a digital marketing agency. After her time there, Elva worked freelance in digital marketing and started two other small online businesses.

Originally from Cork, Pamela studied law and journalism before going on to work as a journalist with The Irish Times. She won Technology Journalist of the Year in 2014. Pamela is also the editor of Silicon Docks, a book on the Irish tech scene. As well as her in depth knowledge of technology and business, Pamela has start up and leadership experience having founded Ireland's first student TV station.
Áine Mulloy, CMO

Born in London, but raised in Mayo, Áine has a background in the humanities. She completed her M.A. in Literature and Publishing in NUI, Galway, before moving to Dublin to work with an award-winning contract publisher and events company. From there she took a role with Ireland’s leading educational publisher. While in this role she also completed a postgraduate diploma in digital marketing.

[Unfortunately, GirlCrew closed down in October 2020]