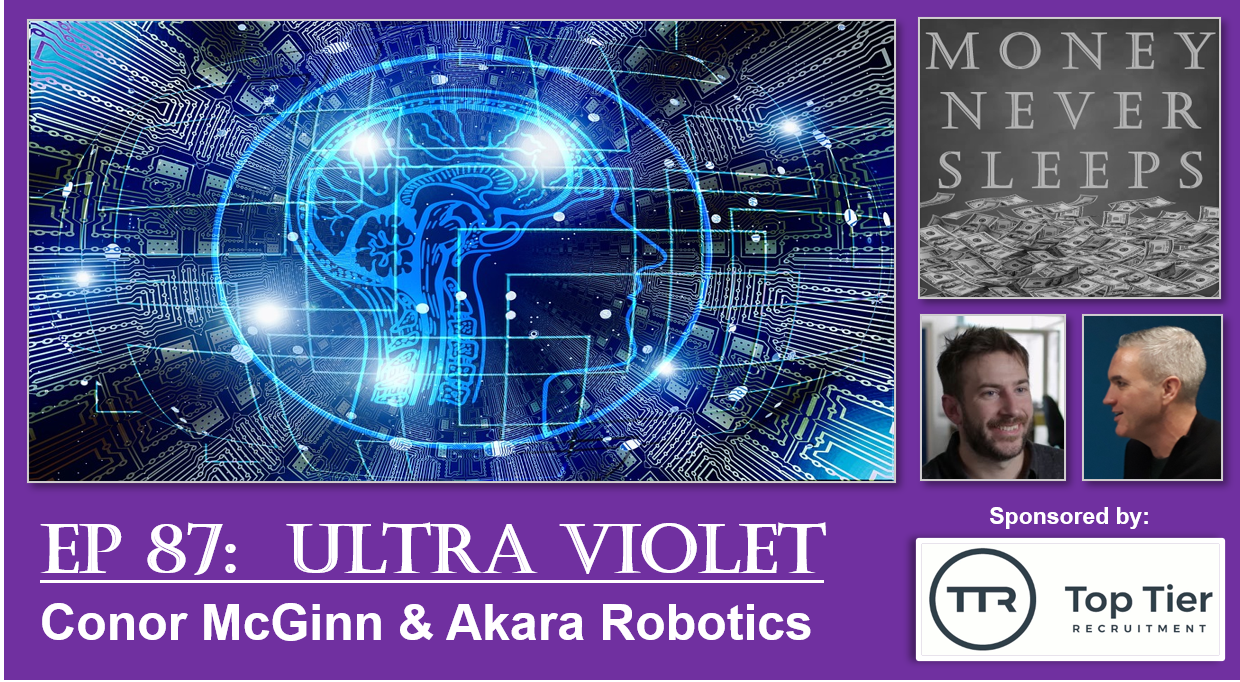 Conor McGinn from Akara joins the show to talk about the human side of robotics, drawing motivation from skeptics, having all of the ingredients to scale a robotics and artificial intelligence business in Ireland....and how Akara are like a prize fighter in the best shape of their life just waiting to take on the world!

This week we talk to Conor McGinn from Akara Robotics, an Ireland based startup building robots that care.  Akara are currently engaged in their seed round to raise capital from investors to bring their innovations to market quicker, and Pete was introduced to Conor through Eamonn Carey's 'Sharing Dealflow' newsletter.  Given the direction that this podcast has gone in the past two years from its fintech roots into a few tech-driven human interest stories but then an exploratory dive into crypto, blockchain and venture capital, it's about time we took a look at robotics.  Conor really got Pete Townsend thinking on this one, especially with Akara’s sense of purpose and making an impact through deep expertise in robotics and artificial intelligence combined with first-hand experience with the problems they’re solving.

Akara is a spin-out company from Trinity College Dublin, and builds on over a decade of pioneering scientific research in robotics and artificial intelligence. This research goes all the way back to 2010 when Conor was a PhD student, and then an Assistant Professor at Trinity from 2014 onwards.  After years and years of researching, designing, building, researching, designing, building, let's fastforward to today - Akara’s social robot designed to help keep seniors socially connected, whose name is Stevie, recently made the cover of Time magazine with the headline, “The robot that could change the senior care industry.”  A few months after Time's coverage of Stevie, Akara's second robot, Violet, was also covered by Time magazine as "the robot that could kill the COVID19 virus".

At his core, Conor is an engineer who just wants to develop technology that has a positive impact. Some of the top soundbites from this episode are highlighted below:

To listen to more, please visit https://www.moneyneversleeps.ie/ for all of our other episodes.  Also, follow us on Twitter @MNSShow, @PeteTownsendNV and @EoinFitzgerald9 for updates and more information.