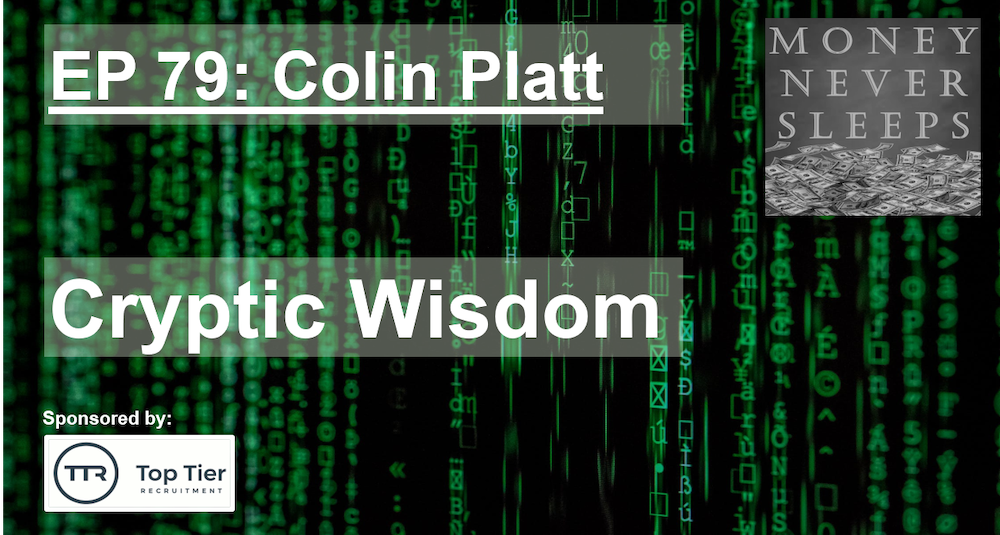 Colin Platt joins the show to talk to Pete Townsend about leaving behind his early career in the capital markets, the crossover of solving entrepreneurial problems and solving global political problems, the professional merits of podcasting, hating and loving writing, his view on economics....and his grasp of the Swedish language!

This week we’re catching up with Colin Platt, whose LinkedIn profile describes him as a “crypto performance artist” in addition to being an independent consultant, but where you really want to follow him is on Twitter @colingplatt and on his blog on Medium.

Colin works with innovative companies on technology and business strategy with a focus on cryptocurrencies and distributed ledger technologies, and is also a founder of entrepreneurial ventures. Colin and Pete connected after Pete had his own awakening on blockchain and distributed ledger technologies back in 2014, and they were both at BNP Paribas for a while before they met in 2015.  Pete remembers how Colin’s departing email from BNP Paribas way back then said “I’m going to give this entrepreneur thing a shot,” and Colin's leap was one of the inspirations for Pete's own leap.   Fast-forward five years and about 200 podcast episodes later between the two of them - Colin mostly on Blockchain Insider and Pete mostly right here on MoneyNeverSleeps - the two pals get into: