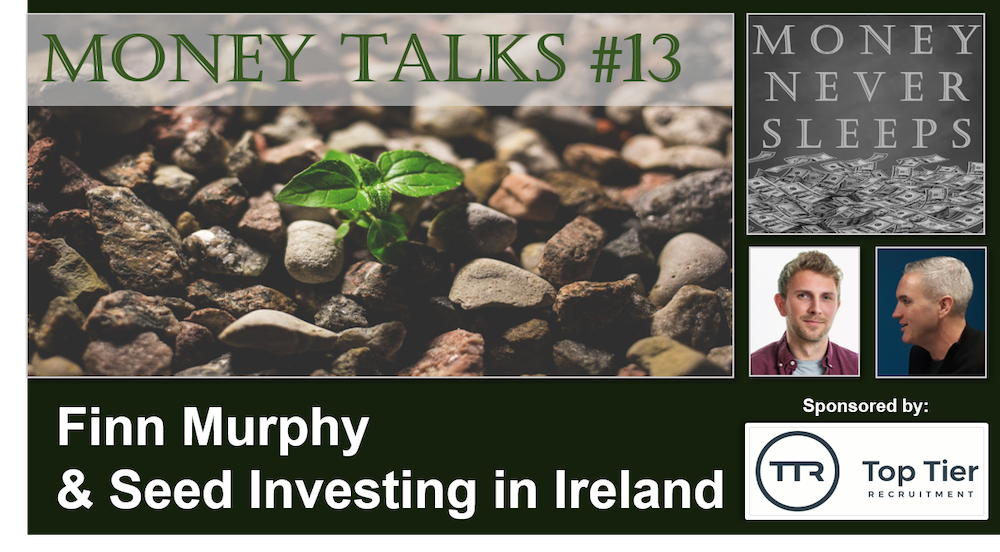 Finn Murphy from Frontline Ventures joins the show to talk about a people-centric view to investing in early stage startups, what it takes to scale Irish startups to nine-figure revenue levels, what typically lures Irish startups to the UK, US or Continental Europe, and how his own competitive drive works well in venture capital.

In this episode, Pete Townsend talks to Finn Murphy from Frontline Ventures, a Dublin-based B2B SaaS venture firm investing in Europe and the US.  Finn is a board member or observer on Frontline investments such as Pathfinder, Umba, Cloudsmith, Modulz, Swyg and Evervault, among others.

In a country of five million people like Ireland, the venture capital community is about the size you would expect - relatively modest.  However, with multinational finance, pharmaceutical, medtech and broader technology companies all progressively choosing Ireland for their European operations going back to the 1980’s, and a well-educated workforce, there’s a much larger talent base in Ireland than you would expect for a country of five million people. So, what happens when the risk takers with a few years under their belts in these multinationals get that entrepreneurial itch?  Well, although there are definitely other factors, we’ve always pointed to these quasi spin-outs from multinationals that are sometimes no more than one woman or man saying, "I’ve found a problem worth solving, and I think there’s a big enough market for it, so I’ll give it a shot".

Ireland definitely has a larger startup ecosystem than you’d expect for a country of five million people, and like any startup ecosystem, it needs seed funding.  Finn has been quite transparent about what he looks for in pre-seed-stage companies, specifically in his specialty of B2B SaaS, and we covered his framework for founders on what to expect from VCs investing at the pre-seed level in episode 68.  We go quite a bit deeper in this episode, and cover:

To listen to more, please visit https://www.moneyneversleeps.ie/ for all of our other episodes.  Also, follow us on Twitter @MNSShow for updates and more information.